Dancing with the Stars - Season 27 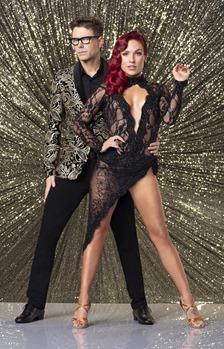 I don’t know if I’m more disappointed in the public for turning this show into a popularity contest, or the producers for allowing it to happen.

Bobby Bones? Who the hell is that? I suppose that if you live in Nashville and listen to country radio, then you know who he is. If you don’t, then I promise, you’re not missing much. The guy is a fool.

My first impression of him when the show started, was that he was a joke. Were they really kidding with this idiot that couldn’t even stay standing during his very first dance? What a bafoon.

Week after week, it didn’t get better. The judges knew it, and the public knew it. I don’t know what kind of deal he made with his voting public, but it worked. One excellent dancer after another was eliminated, much to the dislike of every single person on the show, until the last four were standing.

Let’s be honest, there’s no way in this entire world, that Bobby outdanced any of the other top three.
No. Fucking. Way.
You know it. I know it. The judges know it. The producers know it. And Bobby Bones knows it.
He’s not even the same caliber dancer as the others.

For the producers to CUT OFF VOTING before the show even aired on the west coast, is bullshit. We couldn’t even vote! Apparently, the producers wanted the Nashville votes for Bobby, because they knew the overwhelming Hollywood votes for Milo, Evanna, or Alexis, would shame the rest. Such bullshit.

What’s the point of having professional judges, if the dancers are going to be judged off popularity?

I’ve been a faithful watcher all these seasons, but this season really pissed me off. The best dancer did not win. He can take those fake tears all the way to the grave, because it’s likely I’m done with this rigged show.