I mentioned back in July, that I wanted to buy a small chopper so I didn’t need to chop stuff up by hand anymore. Well, a few weeks ago, I bought a 3-cup chopper that is AWESOME! I can’t believe we never had this before. Thanks for the idea, Cuz! 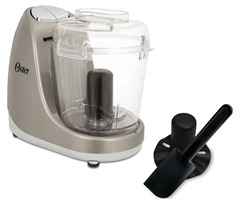 For over a year, I’ve been talking about replacing the current Crock Pot that we have. A friend of SS’s has a red one that I used once, and I fell in love with it. Since my favorite color is red, I took it as a sign.

So, these are the next three small kitchen appliances I plan to acquire…

+ FOUR QUART CROCK POT: I currently have a larger one that was given to me, but there’s a large crack in the pot insert, so it leaks into the bottom of the actual crock pot. It’s a terrible mess to clean up afterwards, so I’ve just opted to replace it. 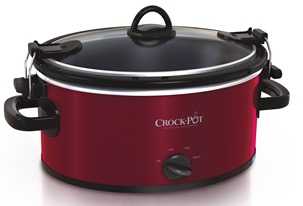 + SINGLE SERVE KEURIG: We currently have a black one that was given to us as a housewarming gift from my old boss. Since I will eventually replace ALL my small kitchen appliances, this is one that’s easy. SS will take our current one to work, which will give me an excuse to buy the red one. See! Easy. 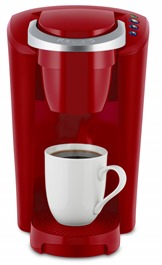 + TWO SLICE TOASTER: We do not have a regular toaster. When SS and I moved in together, we bought a toaster oven, which currently sits on the counter taking up way too much space. While I like and completely understand the use of a toaster oven, I just feel we don’t use it enough to keep out. I’m okay with putting it away and only bringing it out when needed, but let’s be honest, that’s only once a month or less. It’s much more often that we make toast. And since I’ll need to buy a toaster to replace the oven, it might as well be RED. 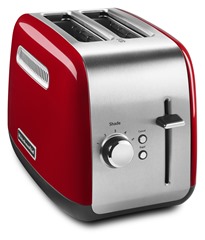 Since these will be sitting out on the counter, with the very likely possibility of being splattered with grease, I also have a couple quilted covers put aside. And yes, they’re red!