It’s Summertime, and you know what that means?

That means warm temperatures, weekend picnics, and trips to the beach. It also means that RJ and Lil’ SS are visiting.

A couple of days ago, RJ and Lil’ SS went to take the trash out. As they were coming back, a black cat caught up with them and started following them. As they were about to walk up the stairs to get to our place (garages are below us so our first floor is actually the second floor), the cat ran past them and beat them to the top of the stairs. He stood there waiting as if he was saying, “Come on!” No idea where the cat came from, but it was determined to come to our house. 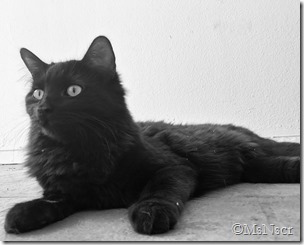 At first, he layed outside our front door on the welcome mat. Because I have such bad cat allergies, SS and the kids gave it water and hung out with it. It seemed very tired, as all it wanted to do was lay down. It didn’t have the coat of an outdoor cat, and with ears as clean as they were, I knew this had to belong to someone. This wasn’t a stray cat.

After about a half hour of the kids going in and out the front door, they decided to go ahead and let it in the house. Remember, I have cat allergies, so I was against this the entire time. However, when there are three other people in the house that are voting against you, it’s harder than you think to come out the victor. 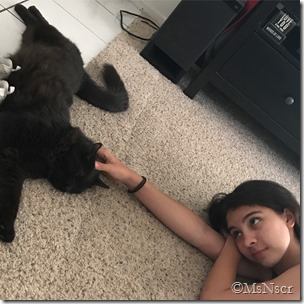 After the cat took a really long nap, we decided it best to put it back outside and allow it to go back to where it came from. Everyone was sad, but we knew we couldn’t keep it. It just wasn’t our cat.

About an hour later, SS decided to go downstairs and look around to see if he could find the cat. He walked all around, when suddenly it came wandering out from under one of the cars in a garage. According to the people that live there, the cat didn’t belong to them, so Lil’ SS came down and took the cat back to our place. A few hours later, SS and I found ourselves at the local PetSmart buying a litter box, litter, food, and a matching bowl set that SS just had to have. 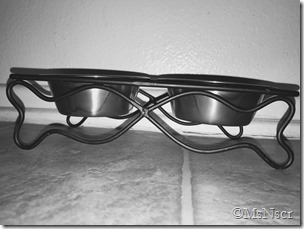 The cat ended up staying the night. She slept with Sis most of the night. (Sis is in town for the weekend for a concert her and I went to. Will post details about that later.)

Day 2 - the cat seems to be very comfortable. Used the litter box during the night, and ate quite a bit for breakfast before using the litter box again. I think it’s safe to say she’s happy.

Day 3 - she snuck out the patio door when SS went to water one of the plants. She jumped up onto the ledge and acted as if she wanted to jump down, so when SS left for work, we decided it best to just let her out. She had a home somewhere else that she was likely wanting to get back to, and we weren’t going to prevent her from doing it. What if there was a little girl crying somewhere because her kitty is gone?

About 20 minutes later, I decided I’d go for a little walk around the area she originally came from. I looked all around, but never saw her. I went ahead and headed back home, but when I reached the stairs to our place, I saw this at the top… 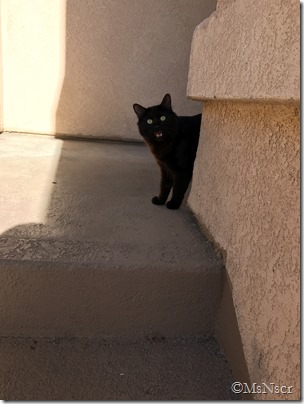 So, she’s back at our house. The kids keep a good eye on her, so she doesn’t do things like this… 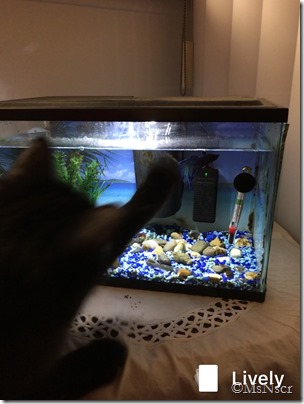 For now, we have a cat living with us. And we’ve named her Ebony.
We will keep an eye out for signs advertising a lost cat, but until then, she will get a lot of love from us.
Okay, maybe from SS and the kids.