To Hide or Not to Hide

As an adult, we face decisions on a daily basis. Sometimes they’re difficult and complex and involve A LOT of other factors in the decision, and sometimes they’re as simple as choosing between which route to take to work. The decision I currently face, is even simpler than that. 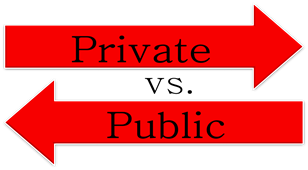 For over a month, I have struggled with the decision to make this site private. Since this website is run through Blogger, I have the option of allowing only certain readers to access it. And believe me when I say, I’m leaning that way.

When I started blogging back in April of 2009, it was mainly because I wanted a little piece of the internet to call my own. I wanted a place where I could write about my day-to-day activities, along with my rants. At the time, I had about three readers, and they were friends. I didn’t care about what I said or whose feelings I hurt, because those friends ultimately had similar rants and either were with me on my day-to-day adventures, or already knew of them from real life.

Today, things are different. People take offense to the littlest, stupidest things, and anyone that knows me, knows I’m not interested in dealing with that type of bulls**t. So to avoid that type of stuff, I hold back in my writings. I don’t always say things I fully want to say, because I know there’s a chance someone reading it will either take it wrong, or be mad because I have my own different opinion on something. After all, when you can’t write your entire thoughts and feelings, what’s the point of writing at all?

So now you know what’s going on, just in case the next time you stumble upon this site and it’s marked ‘permission denied’.

It seems that most of my readers are already official followers, so this won’t affect those. You won’t even notice it’s private unless you’re not logged into your Blogger account. However, there are some others that read this blog that I know aren’t followers, and those readers will be affected. I could tell you who you are, but it’s a sure bet you already know.