Vegas. The Entertainment Capital of the World.
A place for gambling, drinking, prostitution, crime, love, bright lights, fancy shows, and weddings. Not the kind of place I ever imagine getting married, but that’s one of my favorite things about America. Anyone can get married any way they want. And it’s totally okay.

Over the weekend, my favorite cousin got married. After a few years of dating, they finally decided to do it. And since not everyone in the family could go to France, they decided the Paris hotel in Las Vegas, was close enough…. 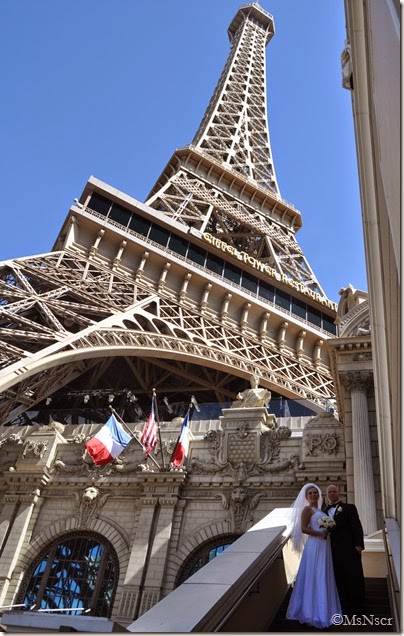 The photographer that was provided by the venue, wouldn’t follow them around town to take photos at the various locations they had in mind, so I broke out the D90, and down the strip we went…. 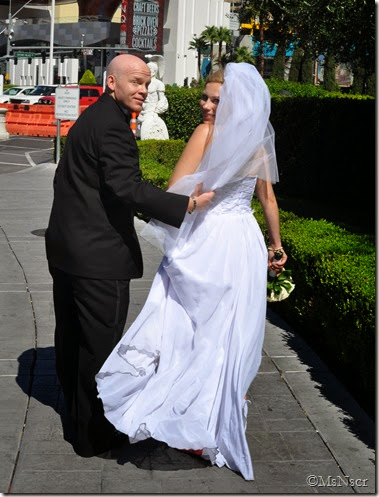 They were greeted with smiles and well wishes for the future by just about everyone we passed. 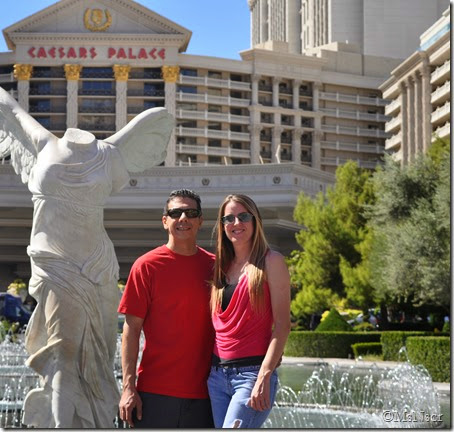 Then we stopped for drinks…. 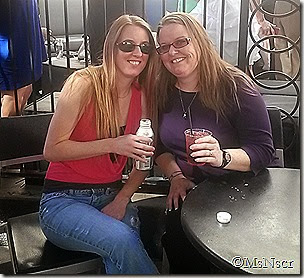 And then this happened…… 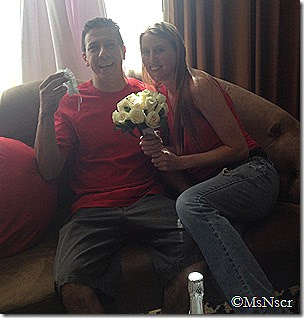 SS was given the garter. I was given the bouquet. I know what this is supposed to signify, but SS and I are so far from entertaining the idea of getting married, that people just need to simmer down. It’s something that could be in our future, we won’t deny that, but trust me when I say It’s nowhere in the near future.

In all the times I’ve been to Las Vegas, I’ve never been to the New York hotel to ride the rollercoaster. So, this time we made sure that happened. And it was sooooooo awesome!! I highly recommend you do it if you’re ever in Vegas.