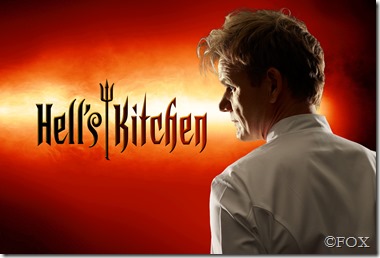 Have you ever watched this show? I haven’t. Not once in all the seasons it’s been on, and apparently there are several.

Yesterday, as I laid on the couch coughing, sneezing, and nursing a balloon sized headache, I watched five episodes in a row of season 7. When they changed programing to something other than another episode of this, I immediately grabbed my laptop and began searching for the results of the remaining episodes. I needed to know who won that season.

Before watching this show, I had my opinions on Chef Ramsey. Today, I have some of the same opinions, but they’re aimed differently.

What do you think of this show? Have you watched it from the beginning? What makes you keep coming back to it season after season? I feel like after so many seasons of yelling and screaming at people to make Beef Wellington and Risotto correctly, you’d get tired of it. But I guess not.