My BFF@work is an amazing person. His positive outlook, when things are very shitty, is honorable.

A few weeks ago, he found out that the plumbing division of the company he works for, had been bought out by a Japanese company. Freakin’ yippee! All-of-a-sudden, he was out of a job.

Just then, everything changed.

His wife, who has been medically off work, felt the guilt of not working settle in and take up residence in her mind. One of his three kids was off to college, but had to come home because the expense was just too much. He’s picking up odd jobs here and there, but of course, that just adds more stress. It’s heartbreaking, and I so desperately wish there was something I could do to help. Or even take away a little of the frustration.

But then I catch him in the middle of one of the jobs. 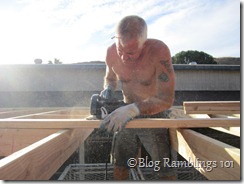 Until then, I’ll just continue to bother him as he works. 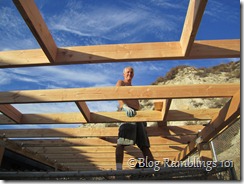 Email ThisBlogThis!Share to TwitterShare to FacebookShare to Pinterest
Labels: bff