A little thing called The Weekend 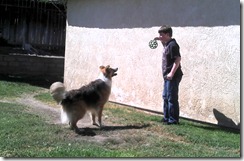 Coming into a strange house with SEVEN dogs was a bit overwhelming at first. RM#1 made his adjustment fun, and put the dogs away only letting one out at a time until he became comfortable around them. One of the dogs (Kasey) is known to be kid aggressive, so we introduced him last. He ended up being his favorite dog. Strange.

Saturday morning, I heard a loud creek in my room (only heard by the opening of my bedroom door). Then I hear “Mom? Are you awake?” Before I could turn around and open my eyes, he had climbed into bed with me. BIG GRIN! 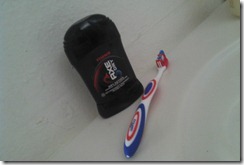 I was a little shocked when I stumbled into the bathroom, eyes half open, and saw this…

11 years ago, deodorant was NOT on my mind when I thought about the future of my son. They actually do grow up into adults, don’t they? 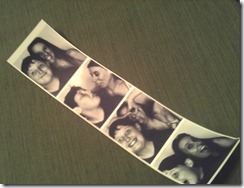 We spent several hours on Saturday playing at the arcade. We played games I hadn’t played in forever, and games that I never want to admit that I played. He beat me TWICE at air hockey, but I beat him at hoops. 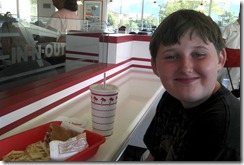 Before I took him back last night, we stopped for one of his favorite things. In-N-Out.

I don’t know when the next time he’ll be allowed to spend the weekend with me will be, so I’ve taken my memories and locked them away in my little mind.