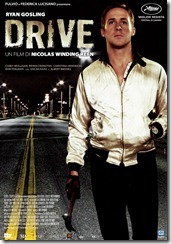 Oh, brother. I dislike Ryan Gosling more now than I did before. This was the stupidest movie ever. Even more stupid than Drop Dead Fred or Howard the Duck. Ugh.

The dialogue was very slow. Hardly anyone talked. One of the bad guys, Ron Perlman (you probably know him best as “Clay” on Sons of Anarchy), was one of the only characters to do any talking. And when he did, it was nothing but foul language and crude remarks that spewed from his mouth.

The violence was beyond what any one person should have to tolerate. Ryan Gosling beat up a guy in an elevator, and instead of letting our minds wander as to exactly how bad the beating was, we had to actually see it. Watching him smash a guys head to little bits with his foot, was not what I paid $12 to see. Every time someone was stabbed, shot, sliced, or diced, we had to watch it happen. There was no warning. There was no “watch out. turn your head if you’re squeamish. there’s about to be a lot of blood shed right now.” No. None of that.

Since there was very little talking during the movie, there was a lot of silence in the theater. You could hear the thoughts coming from other people’s minds that were sitting in the theater. Their body language proved tt was a conjoined agreement that this movie was a total waste of 2hrs of our time.

While I’m beyond grateful that I was treated to an evening out, I’m disappointed it had to be under such gruesome circumstances. I promise “Reel Steel” won’t be that bad.

Email ThisBlogThis!Share to TwitterShare to FacebookShare to Pinterest
Labels: movie