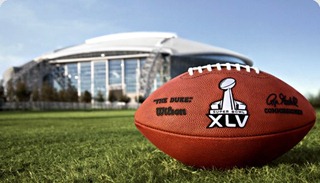 I dislike professional football. Growing up, my parents watched it on Sundays. And Monday nights. And Thursday nights (if there was a game on). And Saturdays (again, if there was a game on). I hated it. On the weekends I was with my dad, I’d come home Sunday night and go straight to my room because I didn’t want to sit in the living room with my parents and watch football. Despite my many attempts to get them to believe me, they still thought I was being antisocial. Sigh.

I went to a Chiefs vs. Broncos game with my parents and uncle when I was fourteen. I enjoyed the energy I felt from the people around me, the excitement of the crowd when the home team scored and the typical ballpark food, but the slow play of the game was boring. Painfully boring.

Today, I still dislike professional football. I do not watch any of the games during the season, so I don’t watch the final game of the season.