The Origin of Halloween

I was watching an episode of King of the Hill tonight, and Halloween was topic of conversation. It was about whether or not Halloween was a “scary” or “religious” day. (Kind of like that whole devil on one shoulder, angel on the other thing.) I have often wondered this very question, so I went to Google.

I found this funny quote. “we should have two halloweens one for sexy and one for scary. I want to see some creative girls come up with scary original costumes but nooo.... All I see are 500 of the same costumes with a different label. oh your a sexy Cinderella.. hmm I thought it was pronounced hooker”. I actually laughed out loud. 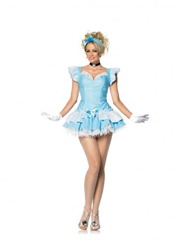 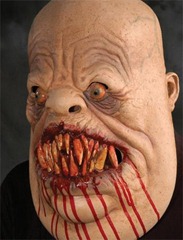 I read a little more, but most of it didn’t make sense to my simple mind. A bunch of fancy talk that could have simply been stated as

“Millions of Irish fleeing Ireland's potato famine of 1846, helped to popularize the celebration of Halloween nationally. Taking from Irish and English traditions, Americans began to dress up in costumes and go house to house asking for food or money, a practice that eventually became today's "trick-or-treat" tradition.”

instead of the way it was actually written. Something else I learned was

“At the turn of the century, Halloween parties for both children and adults became the most common way to celebrate the day. Parties focused on games, foods of the season, and festive costumes. Parents were encouraged by newspapers and community leaders to take anything "frightening" or "grotesque" out of Halloween celebrations. Because of their efforts, Halloween lost most of its superstitious and religious overtones by the beginning of the twentieth century.

What do you think Halloween is? Is it supposed to be scary, or is a simple Ladybug costume just fine?