So, what did you think of that Roval race? Was it everything you’d expected? Or was it more boring than you thought? 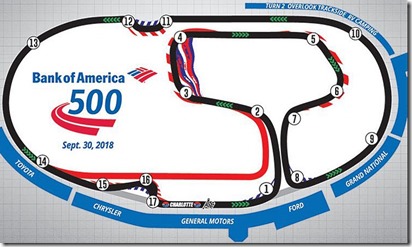 I, myself, thought it was a great race. We saw a lot of old-school racing, instead of a bunch of cars just riding around and taking the flag.

I suppose the top story of the day is that Jimmie Johnson doesn’t make it to the next round in the Playoffs. He’s out. And the crazy thing is, he took himself out. If he had just followed behind Martin Truex Jr. like he had been, he would have finished 2nd place, and moved onto the next round. Instead, he wanted to race hard, and pass Truex for the win. However, in typical 2018 JJ style, he wrecked Truex, and himself, and ended both of their days. Thankfully, Truex moves onto the next round, while Johnson doesn’t. Idiot!

I’m happy to see Ryan Blaney take the first win at the Roval. He’s becoming a pretty good road course racer. Someone should tell the other 39 drivers to watch out.