In honor of Valentine's Day…… 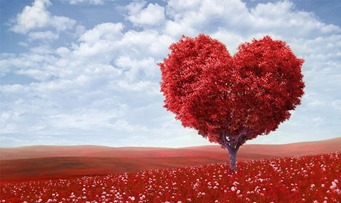 More sarcastic? SS for SURE!

Who makes the most mess? I think he does, but he would probably say I do.

Who has more tattoos? SS

Better singer? I suck at singing, so I’m gonna go with him.

Hogs the remote? Always him

Better driver? Hmm. Since he’s a ‘professional car parker’, and I’m ‘MsNscr’, I think neither of us will give up this category to the other.

Spends the most? Him.

Smarter? When we play Jeopardy! every might, it’s about even.

Most common sense? Hmm. I’d like to say me.

Whose siblings do you see the most? His.

Do you have any children together? Nope.

Did you go to the same school? Yes, but we didn’t know each other.

Who is the most sensitive? Me.

Where do you eat out most as a couple? Sushi or Burgers

Where is the furthest you two have traveled? Hawaii

Who has the craziest exes? I don’t know his exes, so not sure I can fairly answer this question. But for the time being, I’ll say me because he knows two of my exes, and they’re pretty crazy. ;-)

Who has the worst temper? Him

Who does the cooking? Both of us. We take turns and help each other cook. Never does one do it all. Is that weird?

Who is more social? Him for SURE!

Who is the neat freak? More me than him, but he has a little bit in him.

Who is the most stubborn? Him

Who hogs the bed? Me

Who wakes up earlier? Me

Where was your first date?  Mexican Restaurant

Who has the bigger family? I think it’s about even.

Do you get flowers often? No. Only once in three years.

Who does the laundry? Me, but he always puts his own clothes away.

Who's better with the computers? Me

Who drives when you are together? Him

Who picks where you go to dinner? We run through everything and usually pick together. I’ve figured out I can get something from just about anywhere. That’s how I learned to like Sushi. ;-)

Who wears the pants in the relationship? Him

Who eats more sweets? I didn’t used to eat sweets much, but since living with SS, there’s always cookies or dishes of candies around. So I guess our sweet consumption is about even.