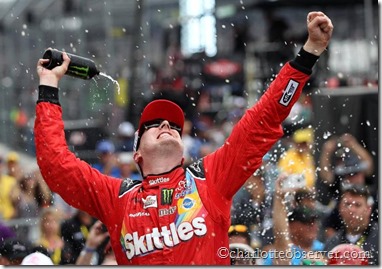 Kyle Busch - How about that Kyle Busch sweep in Indy this weekend, huh? That guy is on fire! He just can’t do any wrong right now. We’re at a part of the schedule that he normally dominates, so I’m not too surprised, but I am. He was out for three months after a crash that left one leg and one foot broken, and since he’s been back, he’s won FOUR out of the last FIVE races. If that isn’t dominance and pure talent, I don’t know what is. He’s fought incredibly hard to get to where he is today, and I couldn’t be more proud to be a fan. Now all that stands in his way for a chance at winning the Sprint Cup, are those pesky 23 points that are keeping him out of the lineup. 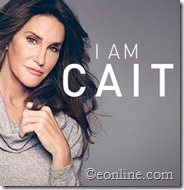 Caitlyn Jenner – Did you watch “I Am Cait” last night? I haven’t watched it yet, but let me just say quickly, that I’m so beyond excited to watch it. I wasn’t a huge Bruce Jenner fan. I mean, I knew who he was, and I thought his incredible talent as an athlete was beyond amazing, but seeing Cait, makes me obsessed. I’m in no way a “girlie girl”, and do not have any desire to ‘be like Cait’, but she has me watching her every move. And I totally dig it.
A family friend of SS’s, ran into Caitlyn at a Starbucks one morning. The friend was fumbling the stuff she was holding (read: carrying too many things while trying to order coffee), and while Caitlyn was standing behind said friend in line, she offered to help hold her coffee while she got her stuff back in a descent holding order. Pretty nice of her. Most people I see would just watch someone struggle and go on about their day. Props to Caitlyn. 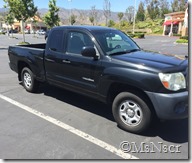 Toyota Tacoma – For the last few months, I’ve been driving around in an awesome Toyota Tacoma, that I’ve fallen in love with. The truck belonged to Squid’s dad, but when he passed away a few months ago, it became his. Because I’ve been out of a car since my wreck in April, Squid so nicely allowed me to drive it as long as necessary. Now that Summer is coming to an end, and the kids are gone, we don’t need a second car anymore. SS is quite content with riding his motorcycle to work every day, while I drive his car to school. I suppose it works out for both of us.
As much as I’m going to miss driving that truck, I definitely will NOT miss the gas guzzling it does.

Here’s to hoping you have a fabulous Monday.