Hi Y’all. I’ve been away for a while. Southern California’s biggest country music festival, became the setting of the past weekend, so I finally have something to write about. Yay for fun getaways. Here’s the crowd from the main stage…

Friday: three stages of lineups. we saw everyone on the Mane stage, and a few on the other two smaller stages (all three days). Lynyrd Skynyrd was PAAAAAAAAAACKED! Busting at the seams. We couldn’t see well enough from where we were standing, so we didn’t stay. I didn’t want to miss Easton Corbin and Brantly Gilbert. And I’m so glad I didn’t. They were amazing. And if you ever hear anyone say that Eric Church is fabulous in concert, believe them. He’s nothing short of fantastic. By far, and a unanimous vote by all four members of our party, the best show of the weekend. 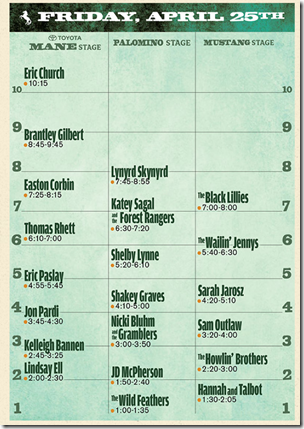 The gates opened at noon, so we got there early enough to get the closest seats in the general seating area. And we did real good! 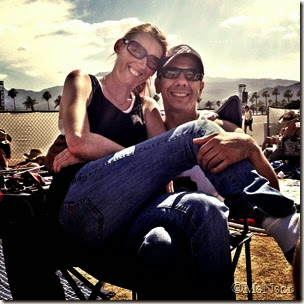 Saturday: yes. I saw Don McLean. And at 68 years old, he’s still bringing the house down. In fact, at one point, he had SS in tears. Such a fantastic singer. Stepdad was a HUGE Don McLean fan, so it only seemed fitting that I see him. Dan & Shay are an up and coming band with one huge hit on country radio. They were great. Put on a heck of a show. They’ve got some great talent and will do fine in the future. Tyler Farr, Jennifer Nettles, Hunter Hayes, and Jason Aldean = G.R.E.A.T. Hunter Hayes can play just about every instrument, and has more energy than anyone I currently interact with on a daily basis. I don’t remember having that kind of energy at 22. Wow. 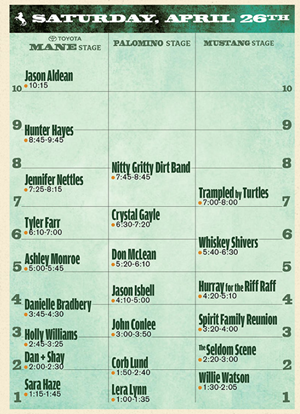 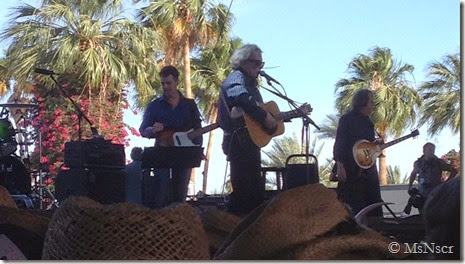 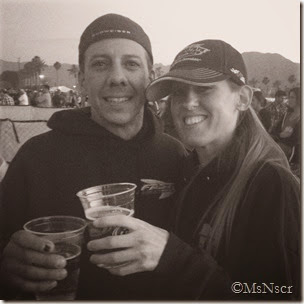 Sunday: If you ever get a chance to see Lee Brice, Florida Georgia Line, or Luke Bryan in concert, do it. Don’t pass it up. Trust me. I’m not a huge FGL fan, but they completely took over when they got on stage and put on a show that was over the top. And I loved every second of it. 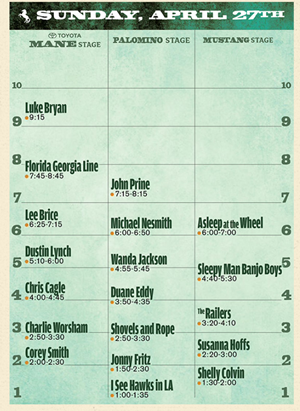 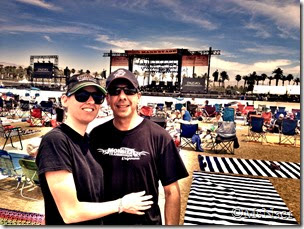 This big festival weekend was the present SS gave me for my birthday back in November. So, thank you SS for one of the greatest weekend ever. I’m exhausted, and it’s taken me two whole days to recover, but it was worth every second.

Oh, and thanks for the Eric Church shirt… I’m sure to piss off a few people while wearing it. 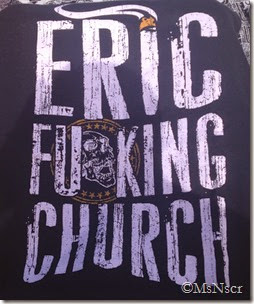 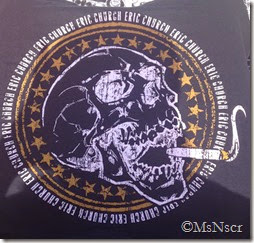 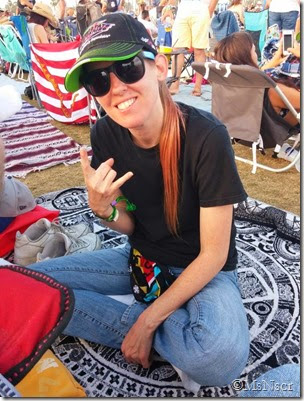 Did you go to Stagecoach this year and write about it? Comment with the link and I’ll check it out.