It’s been a while since I’ve sat down and talked about my favorite shows, so I thought I’d talk about a few of them today. 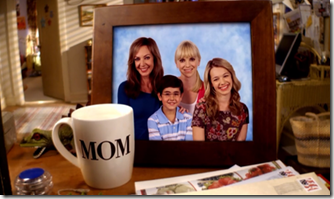 Mom – This show centers on Christy, a newly sober single mom who tries to pull her life together in Napa Valley. She has a mother that lives with her, a 16 year old pregnant daughter, an ambitious 10 year old son, and an absent father that’s just now coming around. 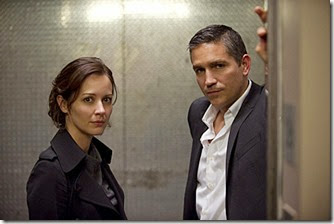 Person of Interest - A billionaire software-genius named Harold Finch creates a Machine for the government that is designed to detect acts of terror before they can happen, by monitoring the entire world through every cell-phone, email and surveillance camera. Finch discovered that the machine sees everything, potential terrorist acts and violent crimes that involve ordinary people. When the government considered violent crimes between normal people "irrelevant", Finch built a back door into the system that gives him the social security number of a person involved in a future violent crime so he could act. Partnered with John Reese, an ex-CIA agent, the two work in secret to prevent violent crimes before they can happen. Eventually their activities lead to being hunted by the New York Police Department, CIA Agents in pursuit of Reese who was listed as dead, a computer hacker named Root who wants access to the Machine, and government officials who want to keep all knowledge of the Machine a complete secret. 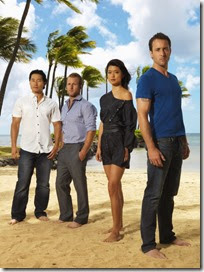 Hawaii Five-0 - Hawaii doesn't have its own state police force but the Governor has set up a special task force, which becomes known as "Five-0", to investigate serious crimes on the islands. Reserve Naval officer Steve McGarrett heads the team with Danny Williams as his second in command and together they tackle a range of crimes with more far-reaching consequences than those dealt with by HPD, including terrorism and serious organized crime. 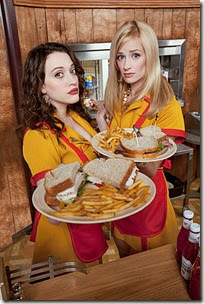 2 Broke Girls - Sassy, streetwise Max works two jobs just to get by, one of which is waiting tables during the night shift at the retro-hip Williamsburg Diner. Sophisticated Caroline is an uptown trust fund princess who's having a run of bad luck that forces her to reluctantly give waitressing a shot. At first, Max sees Caroline as yet another in a long line of inept servers she must cover for, but she's surprised to find that Caroline has as much substance as she does style. When Caroline discovers Max's knack for baking amazing cupcakes, she sees a lucrative future for them, but they first need to raise the start-up money. 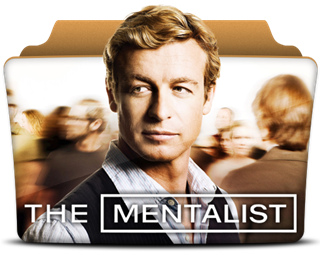 The Mentalist - After a serial killer named Red John murdered Patrick Jane's wife and daughter, Jane dedicated his life to hunting down and killing Red John. To that end he gave up his lucrative pretense of being a psychic and joined the California Bureau of Investigation (CBI) as a consultant to the team responsible for investigating the Red John case, led by Senior Agent Teresa Lisbon. Using Jane's exceptional gift for observation and his mentalist tricks, the team is able to close an unprecedented number of cases, but Jane's unconventional and often outright illegal methods also bring much censure down on Lisbon's head, making his assistance both a blessing and a curse. Meanwhile, the hunt for Red John continues... 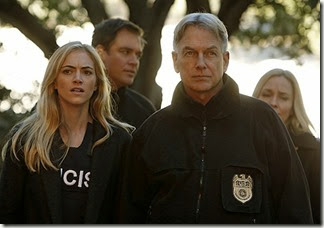 NCIS - NCIS is the primary law enforcement and counterintelligence arm of the United States Department of the Navy, which includes the United States Marine Corps. NCIS investigates all major criminal offenses (felonies) – i.e., crimes punishable under the Uniform Code of Military Justice by confinement of more than one year – within the Department of the Navy. The MCRT is frequently assigned to high-profile cases such as the death of the U.S. president's military aide, a bomb situation on a U.S. Navy warship, the death of a celebrity on a reality show set on a U.S. Marine Corps base, terrorist threats involving U.S Naval and Marine Corps weapons, personnel and/or installations, and kidnappings of Navy and Marine Corps personnel and/or their dependents.

Jeopardy! - an American television game show. The show features a quiz competition in which contestants are presented with general knowledge clues in the form of answers, and must phrase their responses in question form. The original daytime version aired on NBC from March 30, 1964 to January 3, 1975, then spawned a weekly nighttime syndicated edition that aired from September 9, 1974 to September 5, 1975, and was later revived as The All-New Jeopardy!, which ran from October 2, 1978 to March 2, 1979. The program's most successful incarnation is the daily syndicated version, which premiered on September 10, 1984.

This obviously isn’t all of the shows I watch, but you get the point. My DVR is often overflowing with shows I haven’t watched yet. SS doesn’t like the clutter, so I try to keep it cleaned up. Try being the most important word there.