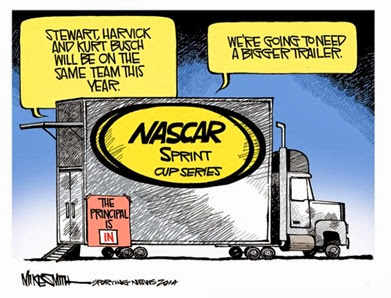 It’s officially NASCAR season. Finally! Even though the offseason is relatively short, it still seems like a reeeeeeally long time before Speedweeks and Daytona come back around. Too long for some of us that don’t give a damn about watching Football.

Some exciting changes come with a new season. They’ve changed the point system AGAIN. I wonder if they’ll ever get it where they want it to be. And of course, with every new season comes new driver numbers, new team members, and new tricks. And I’m real happy to see Smoke back. It just wasn’t the same without his strange sense of humor and attitude on the track.

This year, a new kind of game is being played during Speedweeks.

While Jimmie Johnson was giving an interview, Dale Jr. came up and stole his running shoes. So, in turn, Jimmie came back and stole the Madden XBox game Dale had in his bus. 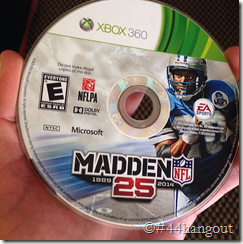 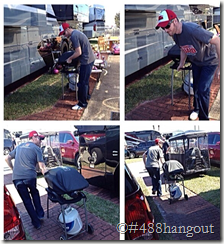 So guess what Jimmie took? Anyone lose a pair of gloves? 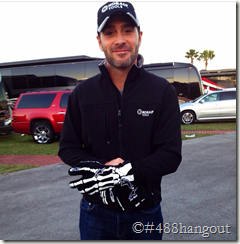 Kyle Busch lost a Super Bowl bet to Kasey Kahne, so KB has to wear a Seattle Seahawks jersey the entire week of Speedweeks. And he’s a pretty good sport about it. Off to Daytona! 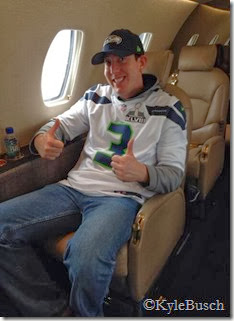 I would love to say I’ll be watching the race in High Definition with a booming sound system that makes me feel like I’m sitting front row at Daytona. But the reality is, I won’t.