I remember the first time I ever saw him. I must have stared at that television for HOURS, just waiting for the next time they’d show him. I can still hear The Ex in the background saying, “How many times are you going to watch that movie?” That was 2001.

Fast forward to this past Saturday, November 30th. I’m sitting on my bed, and my phone gives off that ever so lovely ‘breaking news’ sound. I grab my phone to see what speech the president was giving this time, and I almost dropped my phone.

My first feeling was shock. It kind of made me feel sick to my stomach. I couldn’t believe it. Was it real? Was it an early April Fool’s joke? I immediately sent a text to Jeffy, because, you know, that’s what I do when I hear bad news about car people. Did the same thing when Carol Shelby died. Sad, sad times. :-(

Since the crash site isn’t too far from The Ranch, I decided I’d take a drive past it. Here’s what it looked like…. 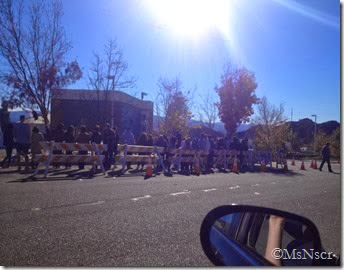 My favorite quote of his…. “I want to get married. I think about it a lot. But I also think about my cars, so maybe my priorities aren't exactly in line just yet.”

RIP Paul Walker. Your fans will never forget you.

Email ThisBlogThis!Share to TwitterShare to FacebookShare to Pinterest
Labels: Cars