The progression from baby to young child, doesn’t happen overnight. But when you don’t see them every day, it’s kind of like it DOES happens overnight.

It’s been over two years since I’ve been to see my Mom’s side of the family, and so much has changed. 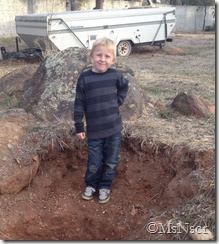 I used to watch this little guy run around the seven acres up there without even realizing he’s running on ROCKS or SHARP TREE BRANCHES. Ouch! Stopped me in my tracks when I heard him say, “I can’t run that fast. The rocks hurt my feet.” I immediately flashed back to a time when it didn’t matter to him as he sat down to put on socks and shoes. 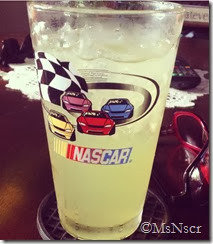 It used to be a house where Tequila flew like water. When I got here, there was none. My first birthday drink consisted of Vodka and Sweet & Sour. (For the record, it wasn’t good. Don’t try it.)  :-/

It used to be a house that was almost busting at the seams with teenage kids, for as far back as I can remember. This trip, not one teenager was in sight. In fact, their rooms had been converted to spare bedrooms. With fresh flowers and mints on the pillows. And in my room, there was an electric heater and an extra blanket. Yay for being a guest in someone else’s house. :-)

Email ThisBlogThis!Share to TwitterShare to FacebookShare to Pinterest
Labels: change