Getting to Know Me

What jobs have you had? 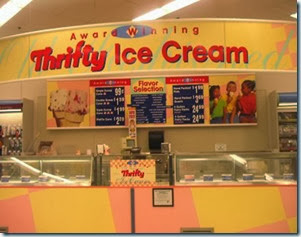 Towards the end of my Junior year of high school, my parents thought it best if I started to show some responsibility, and told me I needed to get a job. One of my guy friends in high school, worked at the local drugstore (Thrifty’s), and suggested that I go in and flirt with the store manager. He was certain I would get hired. So I went in, he asked me to pick up a case of beer and carry it to the front door. When I did, he hired me on the spot. Was the easiest job interview I ever had to do. I ended up working there for two years before up and moving to Texas.

When I lived in Texas, I worked for a few different drugstores (Eckerds, Walgreens) since that’s what my experience was. I wasn’t about to start over in Fast Food. No way. The Ex allowed me to stop working when we got pregnant, and I didn’t have to work again until we moved back to Cali. My stay-at-home-and-raise-kids-gig, was awesome.

When The Ex and I moved back to California, I needed to go back to work. Since I was most comfortable with the drugstore scene, that’s where I went. In fact, I went back to the same store I worked at in high school. They immediately transferred me to a different store closer to my house, and made me an Assistant Manager. We eventually merged with Rite Aid, and that transition was a tough one. Changing EVERYTHING to say Rite Aid was no easy chore. Rearrangements happened almost overnight. It was actually weeks, but it seemed like overnight. I worked there for a few years until I got a position at the rival high school from where The Ex was teaching.

Working at the high school was strange. Parents have unrealistic expectations about what THEIR role is vs. a teachers role, in the upbringing of a child. And most parents, shouldn’t be parents. There. I said it. The job was easy. Way too easy for me. But, I spent six years doing it because the money was good. For what I did. Plus, The Ex worked at the rival high school so we would go to ALL the events together and sit on opposite sides. The rivalry was great between us. It was fun. We never let it get out of hand. We knew control when it came to that.

Know what my favorite thing about working at that high school was? The Auto Shop teacher.  He ended up changing my life. ;-)

When I left the high school, I was lucky enough to stumble onto the job I have now. It’s an amazing job that tests my limits every single day. As much as I bitch about some of the people, I still love my job. 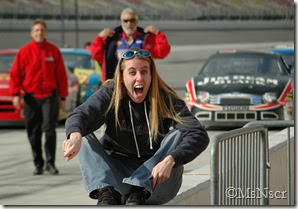 A few years ago, I was offered a job with the Richard Petty Driving Experience team. They flew me to Phoenix, I spent the weekend working at the track with the cars, and flew home on Sunday. Was a great gig. Just not for me. I didn’t want to make my hobby, my job, so I quit.

Email ThisBlogThis!Share to TwitterShare to FacebookShare to Pinterest
Labels: about me