This is getting out of hand. How come every time Michael Scofield tries to make a plan work, something ruins it? That boy is way too smart for his own good. And I really really  dislike the prison guard (Bellick). Every time I think someone is going to kill him, they don’t. They keep letting him live. Grrr! 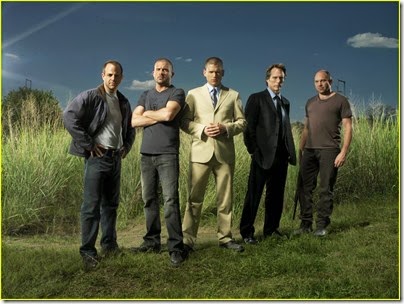 I finished season two, and I have to say that I’m more addicted after season two, than I was after season one. This is crazy. Now he’s stuck in a Panama prison? A prison at which even the guards are afraid to stay. Geesh.

This constant episode after episode has caused me to have dreams about it. I’ve dreamt I was running from the Warden. I’ve dreamt I was in a plane about to jump out to avoid the shoot out they were planning. I dreamt that Fernando Sucre and I were having lunch at a small restaurant and Gibbs from NCIS spotted us. I mean, really, this is getting crazy.