Did you watch this show?

New Guy and I were talking about TV shows we’ve liked over the years, and this one came up. He seemed shocked that I’d never watched it, especially since Shawshank Redemption was one of my favorite movies. 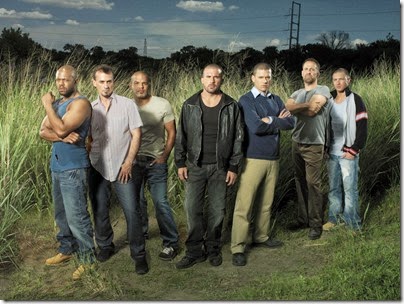 I’m just about to start Season two, and I’m finding myself more anxious that I had anticipated. They did a great job of making the audience feel like they were actually there with the inmates. They’ve brought you into their minds and into their way of thinking, and allowed you to get emotionally involved with the characters. It’s great.

I am reluctant to pick a favorite character, because I actually like each and every one of them for their own reasons, but I think my favorite guy is John, the Mob Boss guy. LOVE him. His Swedish accent comes out once in a while, but he’s fantastic. Sucked to see him get his throat slit by T-Bag, but I’m glad he’s back from the doctor.