A prayer for a friend.

A few months ago, BFF@work’s wife went into the hospital for a routine hysterectomy. A few days later, she was released and sent home. Since then, she’s been back to the hospital FOUR times. Each resulting in a 2-3 day stay.

BFF@work is kind of a “tough guy”. Typical mans man. Doesn’t show emotion, doesn’t get close to anyone, puts off a vibe that lets people know he’s confident in what he does and doesn’t need anyone’s approval. Far different from the person *I* am, yet we get along just fine. Probably because I can walk away from him at any point and not feel guilty for not listening to the rest of what he says. We just have that kind of bond.  :-)

Well, his wife went back again on Thursday and has been there ever since. Their most recent discovery shows that her liver is filling with liquid. I do not pretend to know anything about the medical field, or anything specific that goes on with the human body other than what it’s supposed to do, so my thoughts on this are scattered.

A few weeks ago, BFF@work was struggling with the thought of losing his favorite dog. I heard him cry for the first time. The other day, when his wife had to be readmitted, I heard the deep concern in his voice. For over three years, he showed no signs of even having human emotions. In the last month, I’ve seen him become an actual person, with worries, concerns, and genuine fears.

I don’t usually ask for people to pray for other people, especially ones they don’t know, but please, keep her in your prayers. Nobody seems to have answers, and with healthcare the way it is today, he’s not optimistic that he’ll get answers any time soon. In the meantime, his wife sits in extreme pain, not able to get up and move around. 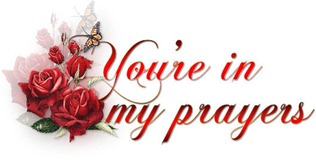