Sunday. The day of the week I look forward to the most. The moment when I watch 43 drivers climb into their rocket machines and get to drive at amazingly fast speeds. Am I jealous? You bet. 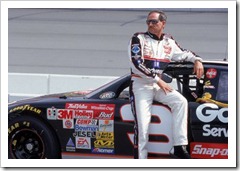 Brad Paisley. Oh dear. You sucked! Dierks Bentley. Your racing rendition of Sideways was awesome. I’d like to have a copy of that rendition on my iPod. Martina McBride. A job well done on the National Anthem. You can have Christina Aguilera’s job.

**Pause. Time to run out and get something to eat.

I.LOVE.THE.NAPA.COMMERCIALS. Michael Waltrip and Martin Truex Jr. are so funny. 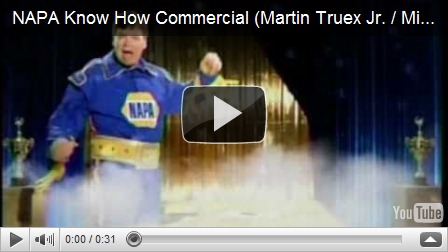 The three NASCAR Transformers cars were awesome! I’ve never seen any of the Transformer movies, but if they have cars in it anything like the cars in Death Race, maybe I’ll have to look into renting the movies. Maybe. 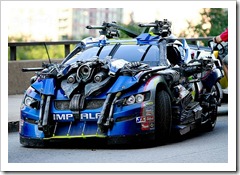 Lap 3: Silence. As I sit and stare at my television, watching every single person in the stands give Dale Earnhardt the #3 salute, a tear rolls down my cheek. It’s quickly wiped away when Kyle Busch spins, though. 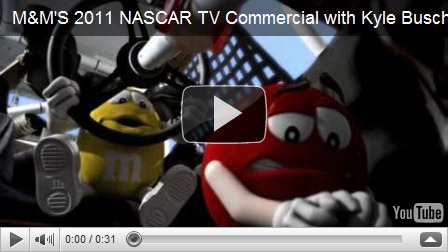 Kevin Harvick blows an engine? Wow. Never see that happen to him. I’ll just chalk it up to payback for beating Mark Martin for a photo finish at the Daytona 500 in 2007.

Oh no! BIG WRECK! Lots of cars involved. I’m happy Kyle wasn’t involved in it, but bummed that Mark Martin was.  :-(

Why are there so may pizza commercials during a NASCAR race? Are there even any pizza sponsors?

I can’t believe how well Dale Jr. is driving. I’ve never seen him drive like this. Is it a fluke on a newly paved track, or will this finally be a year that fans can be proud of their favorite driver?

With just a few laps left, and Kyle flirting with first place, I’m up on my feet cheering. Caution. Whew! A breather for my favorite driver as he barely squeaks past a wreck.

And it’s over. The 53rd running of the Daytona 500 is in the books, and 20 year old Trevor Bayne wins the race ON HIS FIRST TRY, and the day after his birthday. Youngest driver ever. Congrats to him!